I hope you enjoy reading this blog post.Get your device fixed at ifixscreens.com. Start Your Repair

Lenovo has announced three new devices. They are called Lenovo Phab 2, Phab 2 Plus and Phab 2 Pro. They are mostly updates for the last year's Phab. However, the Phab 2 Pro is quite different. In this article we are going to explore the features of these three devices and see what's really interesting about the Phab 2 Pro in particular. 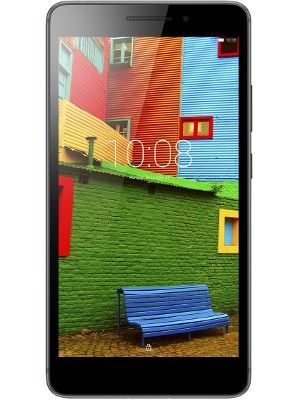 One of the most interesting member of the family is the Phab 2 Pro. The Phab 2 Pro has a quad-HD display. It is powered with a Snapdragon 652 processor with 4GBs of RAM and 64 GBs of internal storage. You can add extra storage using an external card as well. A fingerprint scanner also is included. The Phab 2 Pro is the first consumer device with Google Tango technology and has a sensor camera array including a main 16 MP sensor, wide-angle camera and infrared depth-sensing camera. It's smaller than the tango tablets we have seen in the past. Also, previous devices that made use of project Tango were meant for developers. So, the Lenovo Phab 2 Pro is the first consumer device that integrates Tango. It has an 8-megapixel front-facing camera for great selfies. The phone is obviously large, thick and heavy phone, but it's still smaller than earlier tango devices. 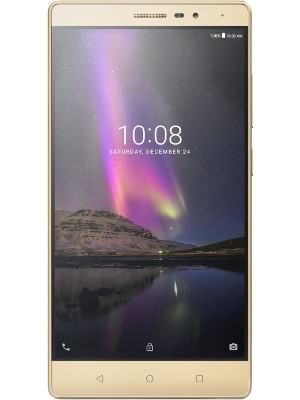 As we mentioned, the Phab 2 Pro makes use of the Tango features. So, it can do all the augmented reality tasks available in Tango. Lenovo is showing this technology through a bunch of apps. One of these apps is developed with the help of the American Museum of Natural History, to make use of the augmented reality technology for educational purposes. The Phab 2 Pro can determine its exact location in space through the Tango technology and depth sensing cameras. It can also map and track objects in the real-world space.

Read more about smartphones news and updates at our blog.

Ravi is the head of Content Strategy at iFixScreens Corporate. With over a decade of experience writing technical content for his readers, Ravi has helped thousands of readers with helpful content, tips, and tricks. He mainly writes content related to gadget repairs, such as iPhones, Smartphones, tablets, and laptops.

What Can iFix for you today?

From iPhone screen repair to battery replacements, you will get the best quality repairs for any iPhone model at iFixScreens stores. Assured with a lowest price guarantee.

Our technicians are certified to perform all types of Samsung Galaxy repairs. Such as screen repair, battery replacement or even water damage repairs. All at the lowest cost.

You can visit any of our stores & get same day repair service for your Google Pixel Phone. Our experts will take care of everything from screen repair to battery replacements.

Get professional quality cell phone repairs across all iFixScreens stores. We specialize in all Android phone repairs like LG, OnePlus, Motorola, etc.

Don't worry if you want the screen fixed, or need a battery replacement on your tablet or iPad. We have got you covered at the most affordable rates with best in class quality.

You can count on us for controller repairs, motherboard repairs, HDMI port repair, or even water damage repairs for your Xbox, PlayStation or Nintendo Switch gaming consoles.

From battery replacement to camera repairs, our technicians will provide you the best quality and affordable drone repair service for DJI, Parrot, Yuneec and similar drones.

Smartwatch repairs are really affordable if you visit any of our iFixScreens stores. Get professional grade Apple Watch and Samsung Galaxy Watch repairs across our stores.

This ssss website uses cookies to improve your experience while you navigate through the website. Out of these, the cookies that are categorized as necessary are stored on your browser as they are essential for the working of basic functionalities of the website. We also use third-party cookies that help us analyze and understand how you use this website. These cookies will be stored in your browser only with your consent. You also have the option to opt-out of these cookies. But opting out of some of these cookies may affect your browsing experience.
Necessary Always Enabled
Necessary cookies are absolutely essential for the website to function properly. These cookies ensure basic functionalities and security features of the website, anonymously.
Functional
Functional cookies help to perform certain functionalities like sharing the content of the website on social media platforms, collect feedbacks, and other third-party features.
Performance
Performance cookies are used to understand and analyze the key performance indexes of the website which helps in delivering a better user experience for the visitors.
Analytics
Analytical cookies are used to understand how visitors interact with the website. These cookies help provide information on metrics the number of visitors, bounce rate, traffic source, etc.
Advertisement
Advertisement cookies are used to provide visitors with relevant ads and marketing campaigns. These cookies track visitors across websites and collect information to provide customized ads.
Others
Other uncategorized cookies are those that are being analyzed and have not been classified into a category as yet.
SAVE & ACCEPT